Our family farming business is based at Wamuran on the Sunshine Coast in south-east Queensland, in the heart of pineapple country. We’ve been growing pineapples here since founder Geoff Scurr started producing the fruit in the 1960s.

Geoff’s sons, Gavin and Stephen Scurr, and their children grew up planting, picking and packing pineapples on the family farm.  Today, our home farm – including pineapple and strawberry fields, raspberry operations, packing shed and headquarters – is still in the original district. Gavin and Stephen now operate Piñata Farms from Wamuran, near Brisbane, and Mareeba in Queensland’s far north, where we pioneered large-scale pineapple production in the 1990s.

Piñata Farms is now Australia’s largest pineapple producer and the only one to supply fresh pineapples all year. We’re proud to be among Australia’s leading producers of summer and winter strawberries. We also hold the rights to grow specialty Honey Gold mangoes – an Australian favourite – between November and March. Along with joint venture partner, BerryWorld Group, we produce specialty berries for BerryWorld Australia.

Our fruit is grown on our own farms, and farms owned by some 30 third-party family growers spread over five states. They produce pineapples and mangoes under contract for us, and are as dedicated to quality as we are.

Continuing the tradition, various members of the Scurr family work throughout the business alongside more than 70 full-time employees and up to 500 seasonal workers.

Our pineapple breeding program, run in partnership with Queensland’s Department of Agriculture and Fisheries, investigates the commercial potential of multiple new varieties each year. Our mango breeding program in South Africa has prospective varieties under trial and we continue to trial strawberry varieties at Wamuran and Stanthorpe. 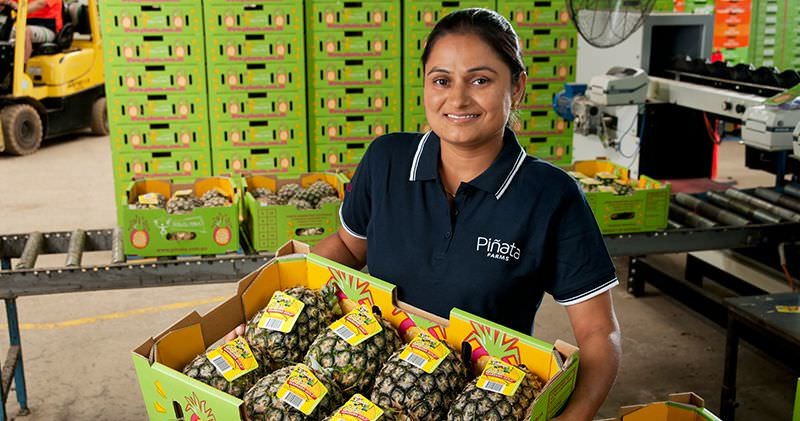 Piñata Farms has pineapples under cultivation in Wamuran, south-east Queensland and Mareeba in Far North Queensland. The diverse climatic conditions of our pineapple growing regions means that each area has its peak harvesting season. We plant, pick and pack pineapples every day of the year, sending some up to 800,000 trays to market annually.

On top of that, we have a third-party grower at Wamuran in Queensland who produces Piñata pineapples – varieties MD2 and 73-50 – chosen for their flavour profile and low acidity. About two million kilograms of second-grade fruit is supplied to factories for juicing every year. 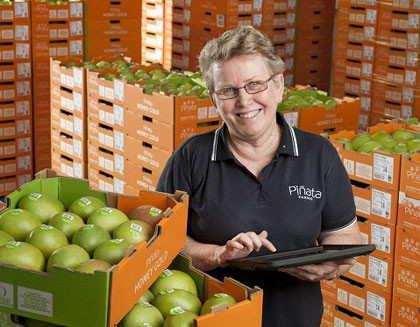 Honey Gold mangoes grow on some 170,000 trees on 570 hectares across Australia.

We own around half of Australia's Honey Gold farms. Our orchards are at Darwin, Katherine and Mataranka in the Northern Territory.

The rest are owned by contracted family farmers at Katherine in the Northern Territory; Mareeba, Bowen, Yeppoon, Rockhampton, Gladstone, Bundaberg, Mundubbera and Caboolture in Queensland; Byron Bay and Coffs Harbour in New South Wales; Mildura in Victoria; and Kununurra and Carnarvon in Western Australia. We supply mangoes between November and March. 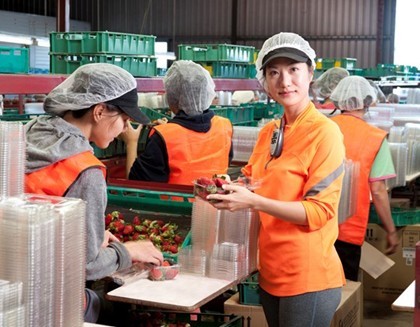 Annually, we send up to seven million punnets of strawberries to our supermarket customers in Queensland, New South Wales and Victoria.

We work hard to match great-tasting varieties with our distinct growing regions. We grow proven premium varieties chosen for colour, flavour and appearance.

Development begins on a new specialty berry farm near Orielton, Tasmania, for production in 2020.

Strawberries are grown in raised table beds at Wamuran and Stanthorpe.

Polytunnels are trialed for strawberries at Stanthorpe, Queensland.

Honey Gold mangoes account for eight per cent of the Australian mango market.

About 3,500 Honey Gold mango trees at Rockhampton are lost to flood. Another 3,000 replacement trees are lost in the 2013 flood. The original Honey Gold tree survives both events.

A treat for mango fans

A pineapple-breeding programme is established with Queensland's (then) Department of Primary Industries.

Piñata buys the breeding rights to grow Honey Gold mangoes, the product of a Kensington Pride off-type bred in Rockhampton, Queensland, in 1991.

Strawberries are identified as a new crop. Winter production begins on 32 hectares at Wamuran.

The first commercial crop of Mareeba Gold pineapples is sent to market.